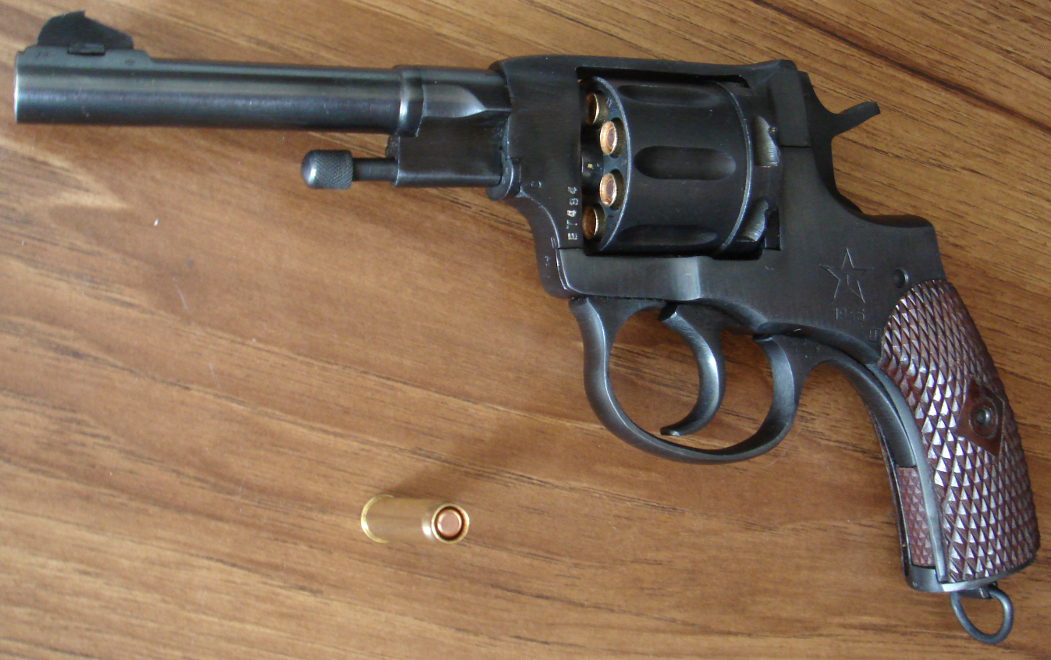 The Nagant 1895 revolver is a very interesting firearm. It was used by the Russian military during the world wars, and even recently was issued in Russia to some security forces. The gun has a very distinctive 19th century styling and an unusual mechanical lock up.

Normally, a revolver loses gas in the gap that separates the barrel from the cylinder. The barrel cylinder gap on a traditional revolver has a number of drawbacks. Propellant gas escapes through the gap causing the velocity of the projectile to be less. Also, gasses coming out of the gap rapidly change in pressure creating a source of loud noise and making the use of a sound suppressor on a traditional revolver impractical.

The Nagant is the only mass produced gas-seal revolver. Thus, when suppressed it is one of the few repeating firearms that does not eject brass while firing. The revolver is most notable for its adoption and use by Russia.

I tested a Nagant revolver to see for myself how the gun was. The one I got seemed to have the sights adjusted in such a way that the gun shot high and to the right. Mine also came with a really stiff trigger, I found it impossible to fire the gun in double action mode with only one hand. I simply lacked the finger strength to pull the trigger. However, my father fired the same gun and he found the trigger pull acceptable so it could be that I have an unusually weak trigger finger. However, I could shoot it in double action by overlapping my index fingers and found it to be surprisingly easy to shoot accurately, and the single action pull was fine and the hammer did not seem difficult to cock with my thumb.

I remember a few years ago there was an issue of Shotgun News that described how you could improve the trigger pull of the gun by taking the sideplate off and putting a nut of the proper size somewhere. If I can find that article it may be interesting to try to see how much improvement can be had. A lot of the weight of the trigger pull is a result of the fact that with every trigger pull, the cylinder is rotated, then pushed forward to create the gas seal while at the same time providing the force necessary to set off the primer.

Although the barrel cylinder gap is supposed to increase the muzzle velocity by up to 20%, the cartridges used just aren't loaded very hot. The gun is chambered for the 7.62x38 Nagant round, which is smaller in diameter than a .38, but it holds 7 shots. Some of the original military loadings were substantially hotter than the modern manufactured PPU ammo, but I decided I'd like to test the readily available PPU ammunition for effectiveness. The PPU load is a 98 grain projectile at about 690 fps, and it is a flat point jacketed round. According to the FBI, a cartridge is only suitable for police use if it can penetrate 12 inches of ballistic gelatin. Based on that standard, I found that all of the tested projectiles passed. They all penetrated at least 13 inches, and a few went several inches farther. All 7 of them were clustered pretty close to the interface of between the FBI block, including one in the interface, ranging from 13-21" of penetration. Why some went farther than others is not readily apparent since velocities did not seem radically different from round to round. 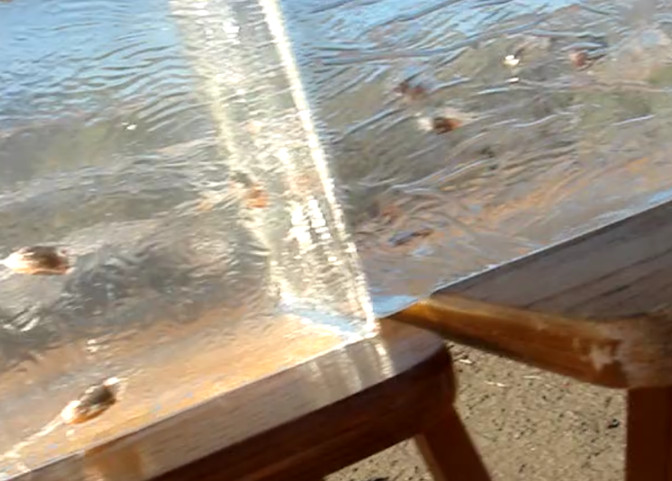 The gelatin test can be seen on this video, but it's a little hard to tell what's going on in the video and I was confused by a couple of other rounds that I had fired in the same block just before doing the test.

Due to some .17 caliber bullets and a 9mm bullet in the block at the time of shooting it, I was confused as to which bullets were the Nagant bullets.

Overall, I like the Nagant revolver but my inability to pull the trigger in double action mode with one finger reduces its utility for me, forcing me to either use two hands or fire the gun in single action mode. An interesting quirk of the design is that if I pull the trigger as hard as I can it causes the cylinder to rotate and push forward but I just can't make it fire. If at that point I release the trigger to try again, it actually skips over that chamber entirely. However, manually indexing the cylinder to the right spot is made easy by the fact that the cylinder will freely rotate.